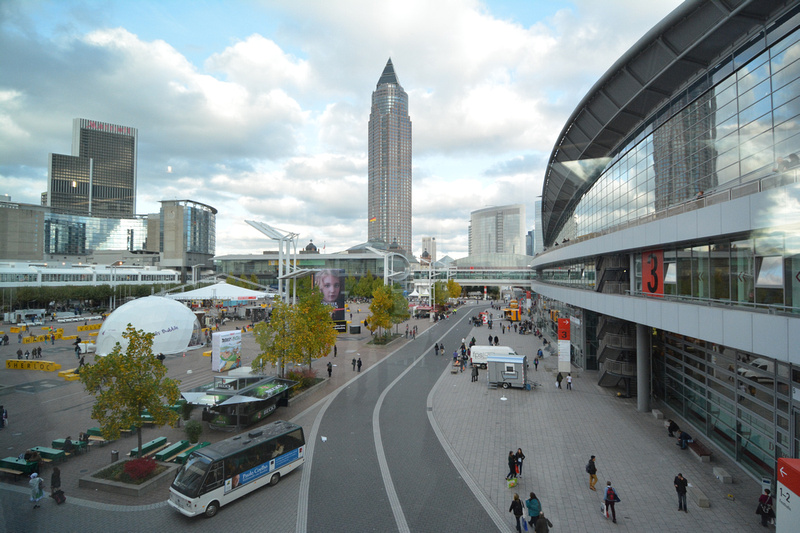 Frankfurt Book Fair is the world's largest trade fair for books with over 7000 exhibitors, 100 countries 280,000 attendees over 5 days. It's overwhelming, to say the least, especially to a newcomer. And it's an event with major history, dating back 500 years, to the time of Gutenberg, although it apparently lost significance in the late 17th century with the Enlightenment and re-gained its stature as the most important book fair in Europe after WWII.

The variety of booths never ceased to amaze, with oddities like the Manga Guides to Science and 'Vorsicht: Buch!' (Danger, Book!) with a video camera that captured kids in montage with a shark video, that was then printed to a flip book, while you wait. Pretty cool!

I was there with Apptology, showing off ReadyEdition, our new product for publishing periodicals to iPhone and iPad and talking to many vendors about digital publishing strategies. The migration of print into the digital world is complex and overwhelming. It may seem like a simple matter of offering books digitally on tablets, but digital publishing brings a huge range of options that can create new and exciting products or make a total disastrous mess of technology. We witnessed a little of both in the making.

It's October in Frankfurt, so we got our fill of bratwurst, schnitzel and beer while the weekend brought in hundreds of teenagers in role playing costumes, inspired by their favorite books. It was like a giant Halloween party!